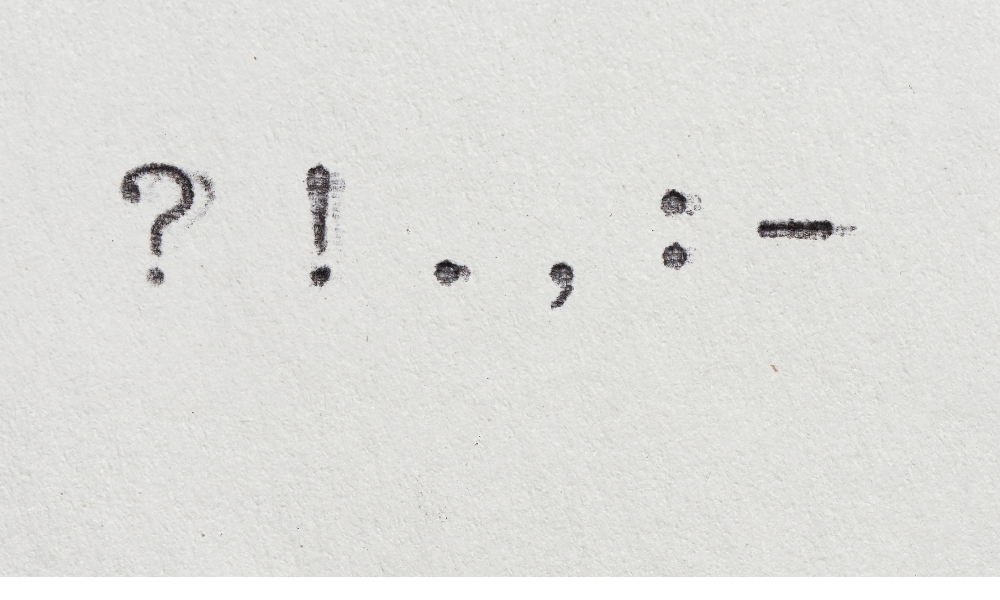 With punctuation, it’s not so much something that you notice if it’s been done right. But boy howdy, if it’s wrong, you definitely will. To quote a certain cartoon tv show: “When you do things right, people won’t be sure you’ve done anything at all.” – God, Futurama.

So, what are the most common punctuation mistakes seen in the editing biz?

Also commonly known as the serial comma, this bad boy causes some contention. What is it? It’s the final comma in a list of things, before the ‘and’.

For example: ‘I need bread, milk, and honey.’

The oxford comma is above in red, just after the word milk. Now, the reason I said it’s contentious is because it’s a stylistic choice. This means that places such as North America have it in their style guide and, as such, it’s required in certain publications.

Australia, however, is much looser with regards to its use. Australia’s Style Manual for Authors, Editors and Printers only states “sometimes a comma is placed between the last two items to ensure clarity”. This means it’s generally up to the writer’s discretion whether or not to use it, and that’s where people can have differing views.

The recommendation here is to always check what style guide rules your publisher follows, to avoid any potential mishaps.

What’s your stance on the Oxford Comma? I personally get a chuckle at the fact that the Australian Style Manual states that it’s sometimes used for clarity, but doesn’t use it in it’s own title.

Oh, how I love semicolons! They neaten up sentences, avoid prolific use of commas and just straight up look ace. What are they? They’re a punctuation mark that indicates a pause, but the important thing here is that they are used to link two separate clauses in a sentence.

For example: ‘I just need to finish mowing the lawn, then I’ll start painting; trust me on this!’

An easy way to think of it is if you have something to add to your sentence, but a comma doesn’t feel right and it seems too short for its own separate sentence.

Now why is this a common punctuation mistake? It’s because people generally try to shove them in when they’re not needed! Semicolons are considered fancy by some, and so many try to use them to spice up their prose. Many students and bloggers are guilty of this, but I find it hard to blame them; semicolons are just that cool!

What can you do? Just be aware, and next time you’re about to use a semicolon, just make sure it makes grammatical sense.

Apostrophes cause so much grief, as loveable as they are. They’re a punctuation mark that, in the English language, are used for three main things:

The issue arises when people place the apostrophe in the incorrect place. As there are three options, people sometimes get them mixed up! And it can result in a glaring mistake from a somewhat subtle mistake.

So, what can you do? Practise! Always try to be conscious of which apostrophe goes where, and it shouldn’t be a problem.